Interactive Music Games exploded onto the arcade scene in the late 90’s to early 2000’s with theDance Dance Revolution - well, revolution - that seemingly started it all. Before DDR the only music game I was aware of wasParappa the Rapperon PS1 (still a favorite). I still remember going with my friends in high school around 1999 to the only arcade in town with the stones to import a couple of games from Japan, and we were forever hooked. ThenGuitar Heroessentially paved the way to bring AAA titles home for consumption, and today we have the advent of games like the insanely popularvirtual reality gameBeatsaber (a game in which you slash beats to popular songs with dual lightsabers) which is turning heads in-game and out, across the globe.


But aside from the major franchises, old and new, what are some of the most fun and unique interactive music games on the scene today? For this list I’ve decided to focus a bit on the indie market, and PC (although some of these are cross platform). The following are my top 5 picks for music making games (that aren’tBeatsaber)!

Melody’s Escape is a unique, side-scrolling platformer that allows you to take control of your own music library in a truly fresh and fun way. Not only does it give you something different from the typical “rail-shooter” style of most synchronized beat games, but it supports a fantastic array of music formats including some great lossless (MP3, OGG, WMA, FLAC, iTunes® (AAC) and more!)


A Few of its Features:

After spending some time with ME, it is clearly a game that is designed to adapt to your own style of play, but it’s deeper than that. By drawing on your own music library and tastes, and then channeling that sonic energy into the way you perform commands in the game, it is synchronizing not just the music with visuals - it is synchronizing YOU with both. This game is a solid and fun way to listen to music and engage on a more visceral level. I’ve come out of it more relaxed and positive every time. 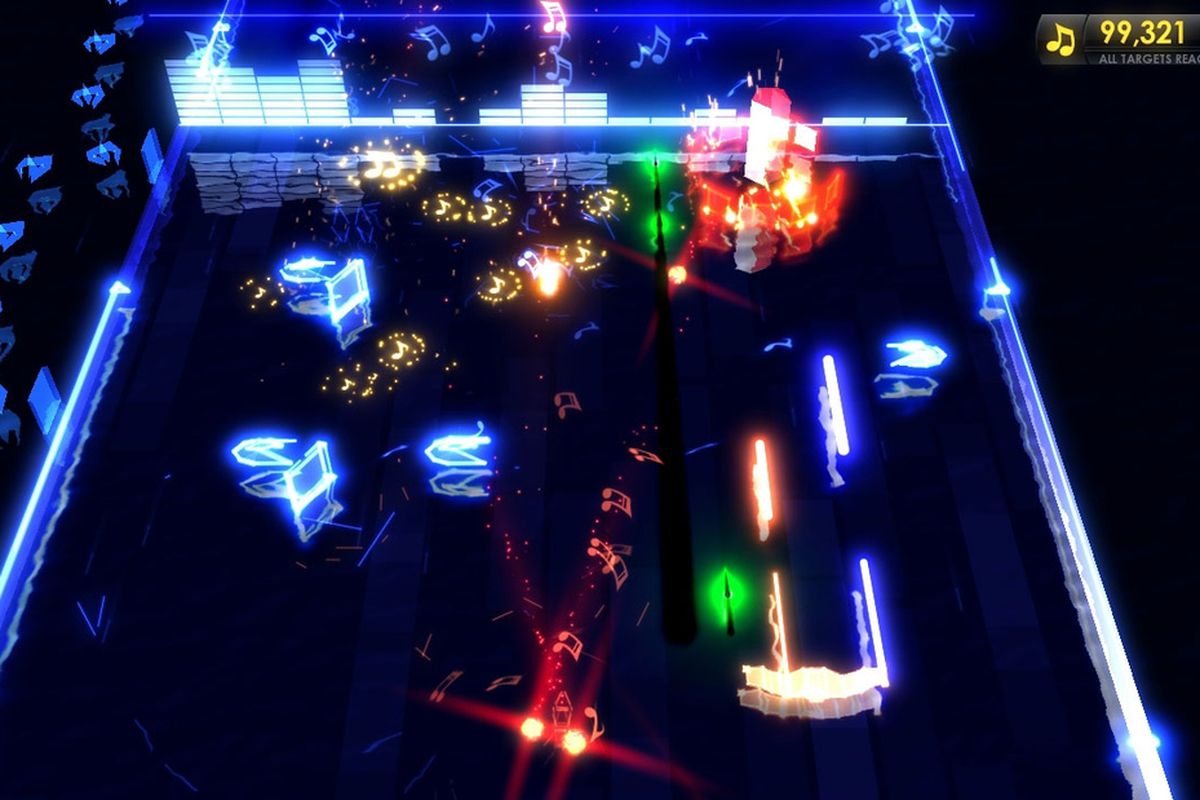 Another game that allows you to draw from your own music library,Symphony takes a different, more intentional approach along with a goofy narrative to get your head in the mix (pun intended). The story goes, “a mysterious entity is absorbing and corrupting your music before your very eyes. You must battle through your own song collection, discover items, customize your ship and fight boss enemies to liberate the Symphony of Souls and reclaim your music!”


The mechanics are fun and simple: An overhead shooter, where every song in your collection generates a unique battlefield driven by intensity and tempo. Your songs have items and powerups that you can collect. You can level up, choose different loadouts and brag on leaderboards. Solid.


A Few of its Features


A couple hours with Symphony was a lunch break well spent. Good for casual gaming, and especially cool with futurebass, by the way. 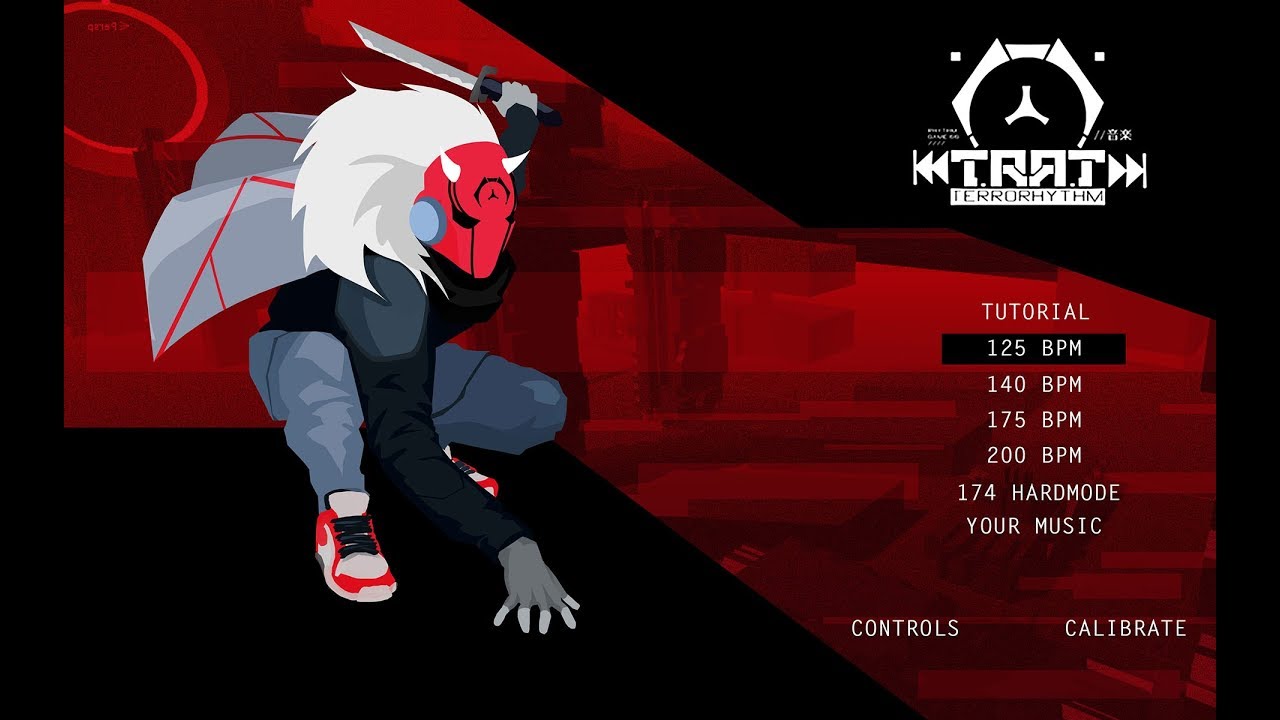 About as indie as it gets,Terrorhythm is a beat ‘em up action game driven best by hardcore techno and lives up to its namesake with gorgeous, colorful graphics and kickass visual effects against some seriously thrusty beats. Slews of enemies come at you from left and right and you have to keep up with the timing of the music as well as the baddies. Deceptively harder than it looks. It’s similar to One Finger Death Punch but this time, you get to use your own music. Sick.

To me, one of the most unique, aesthetically pleasing and fun indie interactive music games out there isMusic Killer. I am STILL playing it since October in 2019, and it hasn’t gotten old. It’s also the first ever take on a FPS (first person shooter) that is driven by synchronized music playback. The mood of the level, enemy speed, and gameplay experience depend on the music you choose. Enemies come in waves increasing in difficulty, and you can play with your steam friends online against the endless waves of neon demons.


A Few of Its Features:


I found Music Killer to be especially satisfying while listening to some early SOAD (System of a Down).


1) Crypt of the NecroDancer 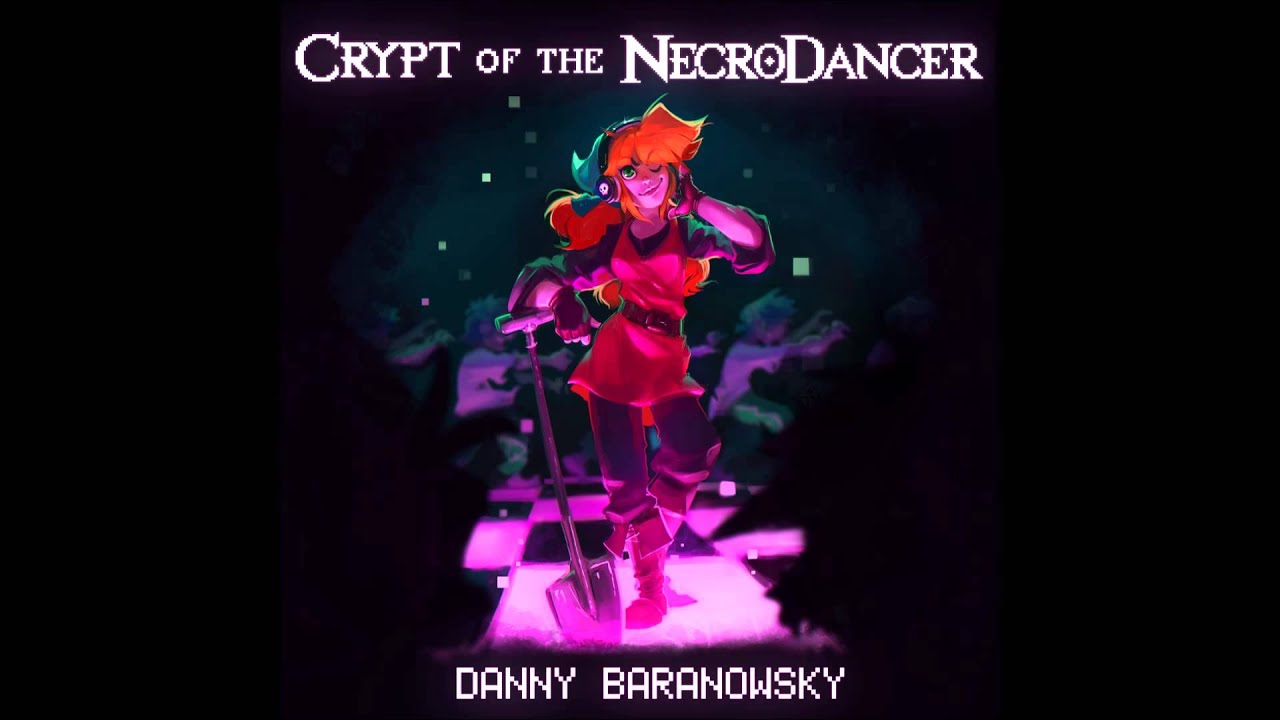 Our top pick for this list HAS to beCrypt of the NecroDancer. An ingenious take of the rogue-like trend combined with music synchronization is a gorgeous, pixelated sight to behold. The animation is top notch, characters are fun and interesting, and the gameplay is probably the most addictive out there when it comes to a computer-based music title. They sport a huge catalog of top quality, fully produced music and also allow your own library to be in play. The stock music is some of the best I’ve heard in a game, which is saying a lot. Support for a USB dance pad is wildly fun, and in testing it out it was unusually satisfying to control my little sprite with my feet.


A Few of its Features:


What games did I miss? All is subjective, and I’d love to hear of your favorite indie music-game titles. Have you made your own? Tell all in the comments below!